Joe Fowler, Greg Hirtzel and John Sparks all spoke at the 2016 Claims Litigation Management Annual Conference in Orlando, Florida.  The Claims and Litigation Management Alliance (CLM) promotes and furthers the highest standards of claims and litigation management and brings together the thought leaders in both industries. CLM’s Members and Fellows include risk and litigation… Read More ❯ 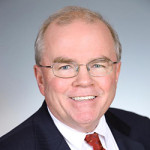 FHMS partner Joe McNulty was a speaker at the 2016 Insurance Fraud Conference, held on April 7th and 8th in Hershey, Pennsylvania.  The seminar was hosted by the Pa. Insurance Fraud Prevention Authority. Joe’s presentation was titled, Fraud in Property Losses- Greed is Found Not Only in Personal injury.

Fowler Hirtzel McNulty & Spaulding welcomed more than 80 people to its March 10th seminar in Philadelphia. Held in the conference center at 2000 Market Street, the half-day session featured 5 presentations, all of which were approved for CLE and CE credit. Presentations included: PLAINTIFF’S PRIMER ON HANDLING CASES Joe Fowler and Drew Duffy of… Read More ❯ 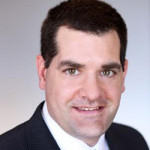 Damian Taranto has been named partner at Fowler Hirtzel McNulty & Spaulding. Mr. Taranto, who practices in the firm’s Philadelphia office, defends product liability, commercial vehicle, general liability and premises matters. His clients include insurance carriers and a wide range of self-insured companies. He received his J.D. from the Temple University School of Law and… Read More ❯ 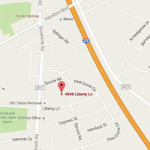 As a result of continued growth, the Allentown office of FHMS is moving to larger offices as of February 29th. The new address is 4949 Liberty Lane, Suite 330, Allentown, Pa. 18106.

Fowler Hirtzel McNulty & Spaulding is happy to welcome two new associates. Michael Schwartz has joined the Philadelphia office. Mr. Schwartz, who previously practiced with a Philadelphia based regional insurance defense firm, will work in the casualty group. Randy Keiser  has joined the firm’s Allentown office where he will represent firm clients in the defense… Read More ❯ 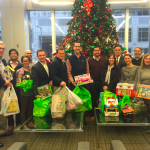 FHMS supported the efforts of the Support Center for Child Advocates’ Annual Toy Drive.  The Support Center for Child Advocates provides legal assistance and social service advocacy for abused and neglected children throughout the Philadelphia area.  Each year, they collect and distribute toys for over 1,000 children.  We were honored to help make a difference… Read More ❯

Matthew D. Vodzak has joined the firm as an associate in its Philadelphia office, where he will work in the firm’s Casualty Department. He previously clerked for the Honorable Victor. P. Stabile of the Pennsylvania Superior Court and served as a law clerk for the 39th Judicial District of the Court of Common Pleas located… Read More ❯

Hirtzel to Speak at 2015 Claims College

FHMS partner Greg Hirtzel will speak at the 2015 Claims and Litigation Management Alliance 2015 Claims college. Mr. Hirtzel  will address the School of Insurance Fraud. Each school at CLM is comprised of three levels and successful completion of all levels will earn participants a respected designation for claims professionals. The Claims College is a… Read More ❯ 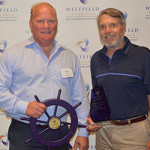 Fowler Hirtzel McNulty & Spaulding was recognized with multiple awards at the 2015 Westfield Insurance Defense Days which was held in Westfield Center, Ohio in early August. FHMS was one of only two firms receiving the Lighthouse Award for dedication to “Blue Ocean” concepts and in incorporation of the message in the firms web site…. Read More ❯ 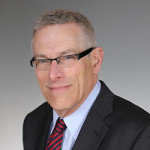 Greg Hirtzel spoke on Rapid Response Strategies in Catastrophic Accidents to Innovative Captive Strategies in Cedar Rapids, IA on 4/15/15.  The presentation concerned the considerations to be accounted for in dealing with emergency responses to high exposure losses, including client protection, evidence preservation, where to look for the most important data and how to best… Read More ❯

Fowler Hirtzel McNulty & Spaulding was recognized as a smaller firm innovator in a May 12th article in The Legal Intelligencer. The comments appeared in the 3rd article of a series examining the shift in law firm business models in a new age of providing legal services. The article discussed the firms’ program regarding data… Read More ❯

Devon Davis has joined Fowler Hirtzel McNulty & Spaulding as an associate in the firm’s Philadelphia office. Mr. Davis, a former associate at White and Williams and a judicial law clerk to the Honorable Lynne A. Sitarski, Magistrate Judge of the District  of New Jersey will focus his practice in the defense of complex commercial,… Read More ❯

Jacqueline Campbell has joined Fowler Hirtzel McNulty & Spaulding as an associate in the firm’s Philadelphia office. Ms. Campbell  will focus her practice on the defense of commercial vehicle, construction accident and general liability claims. She has coordinated investigations and handled all aspects of commercial vehicle litigation from initial pleadings through jury trial and appeal…. Read More ❯

Fowler Hirtzel McNulty & Spaulding has added  four New Jersey based lawyers and will open an office in  New Jersey. Former Post & Schell partners Jay Gebauer and Lee Eckell , as well as associates Quinn McCusker and  Kyle Heisner will staff the newly formed FHMS office, which will be located in Mount Laurel. They… Read More ❯

Joe Fowler is the co-course planner for the Claims and Litigation Management Alliance (CLM) annual Transportation Conference to be held on June 18th and 19th in Omaha, Nebraska. The conference will offer up-to-date information, strategies and tips on handling and resolving complex transportation claims. CLM is an inclusive, collaborative organization that promotes and furthers the… Read More ❯

Fowler Hirtzel McNulty & Spaulding has moved its Philadelphia office. The firm remains at 2000 Market Street, but moved to Suite 550 on Friday, December 12th. The new space is double the size of the previous office and provides room for current staff and for potential expansion. “We never dreamed we would need to move… Read More ❯ 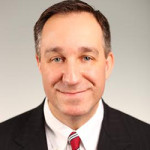 Bill Thrall received a defense verdict in a jury trial in Chester County. The case involved an alleged rear end hit to the plaintiff’s car by the defendant dump truck. The defendant driver denied that an impact occurred, or that if a minimal touch did happen, it was because plaintiff’s vehicle drifted into his truck…. Read More ❯

Greg Hirtzel recently analyzed an important majority decision handed down last week by the Pennsylvania Supreme Court addressing two coverage issues of significance. The opinion is discussed in greater detail in the attached letter. In sum, the Court held: Coverage is triggered under the “first manifestation” rule when the damage is reasonably apparent, not when… Read More ❯

FHMS is dedicated to training our attorneys in the importance of the regulations and standards applicable to our clients’ exposures. On11/21/14 and 12/5/14 fourteen of the Firm’s attorneys received the OSHA 10 hour Construction Training Course which focuses on the occupational safety and health requirements for workers covered by OSHA 29 C.F.R. 1926 and the… Read More ❯

Greg Hirtzel will be speaking at the Claims & Litigation Management Alliance Claims College in Philadelphia on Monday, September 8th. His presentation will focus on Auto Fraud and will be part of CLM’s School of Insurance Fraud section of the Claims College. The CLM Claims College is a multi-level, multi- industry. Educational experience designed to… Read More ❯

Greg Hirtzel and John Sparks were recognized by Westfield Insurance for their work with the Blue Ocean Think Tank at the company’s annual Defense Days in Ohio. Greg was also recognized for becoming a Certified Litigation Management Professional by completing an intensive program in Litigation Management at the Columbia University Law School sponsored by the… Read More ❯ 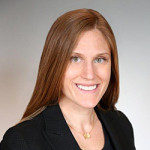 Rachel Reibman Rosenzweig recently joined FHMS, where she defends product liability, motor vehicle and premises cases. Rachel previously worked with many of the FHMS lawyers at Post & Schell. She is a graduate of the University of Pennsylvania and the Temple University James E. Beasley School of Law. Rachel and her family recently spent 15… Read More ❯

Joe Fowler, Greg Hirtzel and John Sparks spoke at the annual Westfield Insurance Defense Days in Westfield Ohio. The presentation focused on the process of starting a firm focused on insurance defense with a practice model centered on the concept of total case cost and the efficient delivery of litigation services.

Joe Fowler will speak on Finding Exit Ramps in Transportation Cases Through the Use of Technology at the Claims & Litigation Management Alliance Transportation Conference. Mr. Fowler was joined on the panel by Julie Oh, Senior Counsel of Airgas, Inc. and Dan Winkler, Director of Claims Legal Support for the Westfield Group.

Greg Hirtzel obtained a defense verdict in a Lancaster County jury trial. Plaintiff, a motorcyclist, alleged that the defendant driver made a negligent left turn, causing an accident. Plaintiff suffered catastrophic injuries, including permanent brain injuries and significant hand, wrist and arm disability. The case was defended on negligence and causation, as the defense maintained… Read More ❯

From the Pennsylvania Record February 27, 2014 By JON CAMPISI An attorney for U.S. Airways has petitioned a federal judge to take up a personal injury case that was initiated in state court by a woman who says she sustained severe knee and other injuries after tripping over a misplaced floor mat at Philadelphia International… Read More ❯