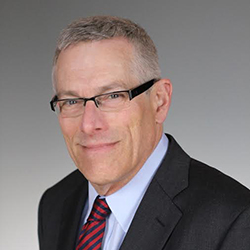 The Pennsylvania Supreme Court has issued its opinion in this matter, refusing to recognize an insured’s right to decline a defense offered by an insurer under a reservation of rights. TheBabcock court explicitly rejected the rule that was adopted by the Superior Court. To the contrary, the Babcock court reaffirmed that Pennsylvania is not a jurisdiction where the insured has a right, whenever a reservation of rights is issued, to select its own personal counsel paid by the insurer (Cumis counsel).

The court also decided an issue of first impression by holding that an insured may accept a settlement offer without the consent of an insurer that is defending subject to a reservation of rights, so long as the insured can establish that the policy applies to the claim and the settlement is fair, reasonable, and non-collusive. By reaching that conclusion, the Babcockcourt declined to adopt a rule that an insured must prove that the insurer acted in bad faith in refusing to accept a settlement offer within the policy limits.

The Babcock court did not suggest that an insured could force an insurer to pay for a settlement when coverage is inapplicable. Rather, the court held that if an insurer defends under a reservation of rights, if the insured agrees to a settlement within the policy limits, and if coverage is later found to apply, the insurer may be responsible for the amount of the settlement if it is fair, reasonable, and non-collusive. The Babcock decision does not modify the rule for claims involving judgments in excess of the policy limits, which still require proof that the insurer’s refusal to settle was in bad faith. The Babcock decision also does not apply to cases where the insurer is defending without a reservation of rights.

For more information, please contact Allan Molotsky at 267-457-4568 or atamolotsky@fhmslaw.com