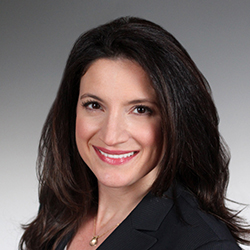 Frances Lettieri argued a case to the Superior Court in which our client, a large insurance carrier wrote a general liability policy to a daycare. The daycare and its principals entered into a series of agreements related to a lease, which it allegedly breached. The daycare’s landlord brought suit to enforce these agreements. FHMS filed a declaratory judgment action on our client’s behalf, seeking a declaration that the landlord’s claims against the daycare were not covered by the general liability policy. The trial court granted the motion, finding that the landlord’s complaint failed to allege an occurrence covered by the carrier’s policy. The landlord appealed to the Superior Court.  The Superior Court affirmed judgment entered in our client’s favor, finding that the daycare’s alleged breaching of the series of agreements was non-accidental conduct not covered by the general liability policy. The Superior Court further agreed with arguments raised by FHMS that the trial court had rejected, i.e., that the principals of the daycare were not covered by the policy because they were sued in their individual capacities.