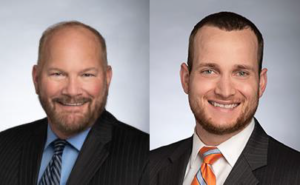 Jury returns net verdict of $8,670 in case of clear liability where plaintiff was alleging cervical disc herniation and Boarded $31,000.

Greg Hirtzel, with the assistance of Ben Novak, recently had a jury in West Chester, Pa., return a verdict in the gross amount of $10,200 reduced by the assessed comparative negligence of the wife Plaintiff (15%), for a net verdict of $8,670. The jury awarded nothing on the husband Plaintiff’s loss of consortium claim.

This was a case of liability against Defendant when he lost control of his jeep, crossed into the oncoming lane of traffic and struck the Plaintiff’s minivan, also occupied by her two daughters ages 3 and 4, head on.  All the airbags in the minivan were activated and both vehicles were totaled. Plaintiff, who was on her cell phone at the time, alternatively testified that she was “using blue tooth” and had her phone “on speaker” at the time.  She testified she was “going the speed limit” but was unsure if that limit was 35mph or 45mph. Defendant testified he thought there was sufficient time/distance for Plaintiff to avoid his Jeep when he crossed over into her lane.

Plaintiff, age 35 and working full time as an RN at a local Children’s Hospital, boarded $31,000 in wage loss due to missing 4 months from work after the accident.  Her alleged injuries included multiple soft tissue injuries, cervical disc herniation with radiculopathy and emotional distress from watching her two young daughters endure the accident.

Plaintiff’s treating orthopedic surgeon, Dr. Andrew Freese, M.D., testified that, within a reasonable degree of medical certainty, Plaintiff will require surgery in the form of anterior cervical discectomy for her disc herniation.  It was also argued that Plaintiff’s was an “eggshell” because of the presence of a rod from her low back to the base of her neck from surgery that was performed when she was 14 years of age to address her congenital scoliosis. Plaintiff maintained that there was hardly a day that passed since the accident where she did not have pain in her neck with frequent radiation into her left arm and hand.

Notably, Plaintiffs conceived and birthed their 5th child after the accident. It was contended that the husband Plaintiff suffered a relapse into his prescription drug addiction partly because of the anxiety and stress he felt on account of his wife’s injuries and limitations and the uncertain future they created. The jury obviously rejected this claim and likely resented the husband’s refusal to take personal responsibility for his own actions.

How the Verdict was Achieved

The verdict on the wife Plaintiff’s clams was achieved through attacking the legitimacy of the disc herniation claim and causation by way of impeachment of Plaintiff’s testimony through her own medical records and the testimony of the defense IME physician.