Gregory S. Hirtzel has over thirty-one years of civil defense litigation experience. The scope of Greg’s practice currently includes the defense of complex and large catastrophic personal injury claims throughout the Commonwealth of Pennsylvania. The areas in which he primarily practices include construction liability and defects, trucking and motor vehicle, and product liability and insurance coverage issues, including UM and UIM claims. Greg associates successful representation with aggressive resolution of these matters for the lowest possible total case cost at the earliest practical opportunity, whether by risk transfer, trial, dispositive motions, alternative dispute resolution or direct negotiations with the opposition. The method of resolution in his cases, unless otherwise instructed, is dependent upon the factors which drive total case costs in light of the facts, projected liability and exposure of his client, and the position of the opposition. This analysis continues in Greg’s cases from the time of assignment through conclusion of the matter to assure that the specific tasks are performed in the context of value driven events, no sooner and no later.

Greg is certified in litigation management by the Claims & Litigation Management Alliance. He is highly experienced in both trial advocacy, as well as the presentation of complex claims before a variety of alternative dispute resolution forums pursuant to a myriad of different types of agreements. A sample of representative cases handled by Greg are included below. 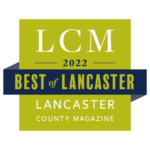