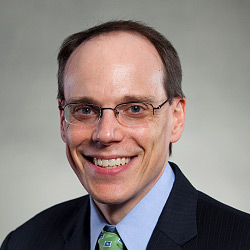 Lee H. Eckell is the managing partner of the New Jersey office of Fowler Hirtzel McNulty & Spaulding.  For 20 years, he has handled a broad spectrum of casualty matters, including commercial transportation, construction accident, construction defect, premises liability, liquor liability and products liability.  Mr. Eckell also handles select coverage matters, specializing in homeowner’s and trucking insurance issues.  Mr. Eckell is involved in matters from investigation through discovery and trial. He has tried over 20 cases in high exposure matters in almost every county in the State of New Jersey and Federal Court.  His clients are insured and self-insured companies involved in all aspects of construction, including owners, general contractors, subcontractors and material suppliers.  His non-construction clients include trucking companies, property owners, commercial property vendors, retail establishments, restaurants, bars and product manufacturers or suppliers.  In the coverage realm, his clients include carriers that write large homeowner’s and trucking policies inside and outside of New Jersey.

In addition to his litigated matters, Eckell is frequently retained by construction and trucking companies for emergency response to accident scenes within hours of the incident.  Mr. Eckell and his team of associates respond to the scene, investigate accidents with the assistance of specialized experts in the field, interview employees and witnesses and protect and preserve essential evidence from spoliation.  Eckell then consults with his client and recommends a future action plan to protect the client’s interests and prepare the case for either early resolution or litigation.

Mr. Eckell resides in Cherry Hill, NJ with his wife and daughter.  When not working, he enjoys sports, movies and playing poker.