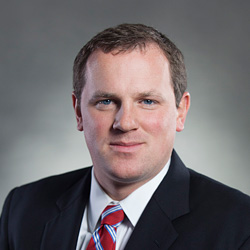 Matthew Vodzak was recently appointed as Co-Chair of the Amicus Committee of the Philadelphia Association of Defense Counsel (PADC). PADC is a nonprofit association of approximately 300 lawyers from the five-county Philadelphia area. Organized in 1947, PADC is the oldest continuously operating local defense organization in the United States. PADC protects and advances the interests of civil defendants and their counsel, shares knowledge within the defense trial bar, speaks for civil defendants and their interests in the administration of justice, and encourages the highest standards of professional conduct.

In support of PADC’s mission, the Amicus Committee files and joins brief in the Pennsylvania state and federal appellate courts in cases that involve issues that are important to civil defendants. PADC has filed amicus briefs in cases about personal jurisdiction, service of process and the statute of limitations, insurance-policy interpretation under Pennsylvania’s Motor Vehicle Financial Responsibility Law, and the attorney-client privilege.