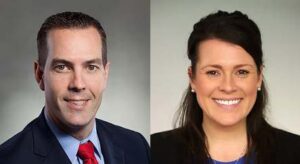 Andrew Spaulding and Alison Fleming recently obtained summary judgment in a products liability matter. Plaintiff claimed that she was struck with pieces of an automotive battery powering a vegetable lift that exploded while she was working in a food plant. Following the incident, the battery was discarded. Plaintiff not only failed to preserve the battery at issue (as well as the associated battery charger), but failed to produce any evidence of why the explosion occurred or how the battery was allegedly defective. The depositions of several witnesses were taken and the MSJ was based upon Plaintiff’s failure to establish the necessary elements of her claim that the product was defective. After oral argument on the issues and supplemental briefing, the Court granted the MSJ and dismissed the case