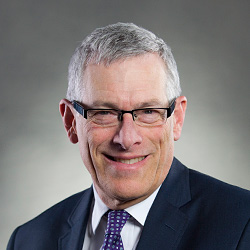 Allan Molotsky is a partner in the firm’s Insurance Coverage and Bad Faith Department. His extensive experience in a broad range of insurance-related issues includes more than 80 reported decisions, and an equal number of unreported decisions. His work spans both state and federal trial courts, as well as numerous appellate courts in a variety of jurisdictions.

Mr. Molotsky frequently deals with issues on a wide range of industries, including transportation, construction, general liability and professional services. He provides advice on coverage issues and contract construction to a wide variety of insurers and brokers. He is a frequent lecturer on coverage issues to his clients and to broad-based industry groups. He is also the author of articles on Insurance Coverage, including a manual on “A Guide to Understanding Commercial General Liability Policies” and a guide to “Third Party Insurance Coverage in Pennsylvania.”

Mr. Molotsky also served as a hearing Committee member of the Disciplinary Board of the Supreme Court of Pennsylvania from 2008 through 2015. He has been awarded the AV Rating in the Martindale-Hubbell Peer Review Rating. Since 2006, he has been recognized by his peers as a Pennsylvania Super Lawyer.