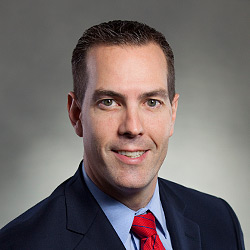 Andrew J. Spaulding is a founding partner in the firm. His practice focuses on the defense of contractors, sub-contractors and owners/developers in complex catastrophic accidents and construction defect matters. He also represents insured and self-insured motor carriers and drivers.

Mr. Spaulding has significant experience in defending contractors, sub-contractors and owners/developers in some of the most severe catastrophic construction accidents. He is OSHA-10 certified and represents and counsels clients during all phases of OSHA investigations from on-site investigations to litigation before the Occupational Health and Safety Review Commission. He also has experience with the Maryland Occupational Safety and Health (MOSH) division and the California Division of Occupational Safety and Health (Cal/OSHA). Additionally, Mr. Spaulding is frequently called upon by his clients to advise them on safety and health compliance matters in both the construction and general industry settings. Mr. Spaulding is also routinely retained by excess carriers to represent their interests in severe catastrophic cases. He additionally defends manufacturers, distributors and retail sellers in product liability actions, as well as property owners and developers in premises liability matters.

Mr. Spaulding directs post-accident investigations and assists clients with the preservation of valuable evidence following a catastrophic accident. This representation and investigation often begin within hours of an accident and continue through trial. Mr. Spaulding works with local and state authorities, interviews witnesses, and engages accident reconstruction and liability experts to protect his clients’ interests in the immediate aftermath of an accident. He conducts post-accident meetings with clients to gather and preserve time-sensitive facts and evidence, advise on liability issues and assure compliance with federal, state and company policies and procedures.

Since 2006, Mr. Spaulding has been selected as a Pennsylvania Super Lawyer or Rising Star as published by American Lawyer Media and Philadelphia Magazine. He is a graduate of Gettysburg College and Syracuse University College of Law. Mr. Spaulding resides in Wayne, PA with his wife and three children. In his free time, he enjoys spending time with his family, skiing in the Poconos and watching his daughters play travel soccer.