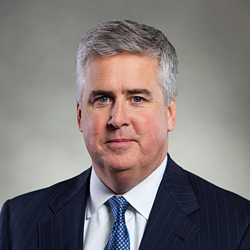 Joe Fowler and Jacqui Campbell obtained a defense verdict after 8 days of trial in Griffin v. Advanced Disposal Services in the Philadelphia Court of Common Pleas before Judge Messiah Jackson on October 30, 2019.  The case was tried over 8 days.  Plaintiff’s demand at the start of trial was $5 million.  At the end of the case, Plaintiff lowered the demand to $3.5 million.

Plaintiff alleged catastrophic injuries to his lower extremity which required 4 surgeries but left him with a severely malformed foot and permanent limp.  Plaintiff provided a life care plan detailing additional future medical treatment including surgeries and amputation which totaled $750,000.00 and wage loss of approximately $550,000.00.

Plaintiff’s Complaint identified that Defendant, operating a Mack front end trash truck, disregarded a stop sign entering into the path of travel of Plaintiff in an intersection causing Plaintiff to lose control of his motorcycle at 35 mph.  Defendants were able to prove that the truck stopped through a site video taken from an adjacent business.  Through testimony of an accident reconstruction expert from DJS, Inc., Defendants presented evidence that the truck was an observable hazard crossing the roadway for more than 7 seconds before Plaintiff entered the roadway.  The jury agreed finding that Defendant driver was not in any way negligent.  Corporate negligence claims against ADS were dismissed on motion by the Court at the close of Plaintiff’s case.  A petition requesting punitive damages by Plaintiff was denied at the start of trial.