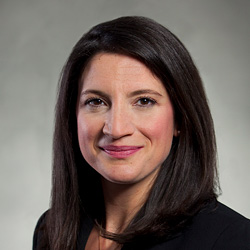 Frances A. Lettieri is a partner of the firm’s Insurance Coverage and Bad Faith Department.  She focuses her practice on insurance coverage disputes and risk transfer matters.  Ms. Lettieri has significant experience with a broad range of insurance and indemnity issues in a variety of industries, spanning both personal and commercial lines.  Her practice encompasses coverage litigation as well as rendering coverage opinions. She routinely speaks and consults on issues of risk transfer and indemnity.

Ms. Lettieri regularly counsels and represents national insurers in complex coverage and bad faith disputes.  She assists clients during claim investigations and provides recommendations concerning coverage availability, reservations of rights, denials, and declaratory judgment actions where needed.  She litigates matters through dispositive motion practice, trial, and the appellate process.  She is seasoned in the appellate courts of Pennsylvania, having multiple reported successes in the Superior Court.

Ms. Lettieri has been selected by her peers for inclusion in the 2013 – 2018 editions of Philadelphia Magazine’s “Pennsylvania Super Lawyer – Rising Stars,” a listing which includes the top 2.5 percent of attorneys in the Commonwealth who are 40 years of age or younger or have been practicing for less than 10 years.

Prior to joining FHMS, Ms. Lettieri was a member of the Insurance law Department at Post & Schell P.C. She also served as a clerk for Administrative Judges of New Jersey’s Office of Administrative Law.

She resides in South Jersey with her husband and children.  She enjoys spending time with her family and is an avid distance runner.