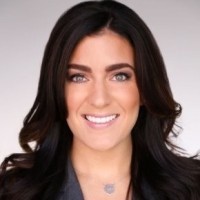 Ashley R. Lynam is a Partner and the Chair of the firm’s Sexual Misconduct Liability (SML) Group in the Philadelphia office of Fowler Hirtzel McNulty and Spaulding. Ms. Lynam and her team of experienced trial attorneys handle the investigation and defense of claims for clients including high profile commercial organizations, sports teams, homeowners, hotels, educational institutions, charitable and social services organizations and more. These claims often involve third party criminal acts, children and the elderly and other complicated areas that require precision and skill to successfully navigate, advise upon and defend. Ms. Lynam, in particular, has considerable experience in the analysis, implementation and evaluation of written sexual assault and molestation policies and procedures, as well as the proactive investigation of alleged sexual assault and representation of corporate representatives, current and former employees and independent contractors, and other witnesses for deposition and trial.  Our firm’s emphasis on rapid response for catastrophic and high-exposure losses pairs perfectly with Ms. Lynam’s practice group, which provides laser-focused and exclusive attention to our client’s needs following notice of or suit related to sexual misconduct.

As a former senior rape prosecutor with the Philadelphia District Attorney’s Office and head of that office’s Human Trafficking Division, Ms. Lynam approaches each SML matter with sensitivity to the nuanced and correlated legal issues that arise in ever-changing employment environments. Ms. Lynam is well-known for vigorously protecting her client’s confidentiality while nevertheless providing an aggressive defense, given the sensitive nature of SML claims. Ms. Lynam and her practice have tried several suits to jury and have also obtained successful resolutions via summary judgment and other motions, all while managing her client’s important privacy, public interest and policy concerns throughout litigation and resolution.

Ms. Lynam also practices in the firm’s Special Investigations Unit where she investigates fraud and defends clients in array of suspicious claims, including personal injury, premises liability, and property damage matters. Ms. Lynam draws on her prosecutorial experience to root out fraud and defend where indicators of fraud or misrepresentation are present.