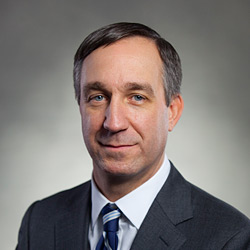 After an 8 day trial, Bill Thrall obtained a defense verdict for his insurance company client in an Underinsured Motorist jury trial held in the Philadelphia Court of Common Pleas before Judge Massiah-Jackson.

Plaintiff claimed to have sustained traumatic brain injuries with related symptoms, including loss of memory, focus, and concentration. He also alleged significant orthopedic injuries to his neck, left lower extremity, and low back. Plaintiff demanded $1,500,000 to settle the claim, which included pain and suffering, past lost wages, and loss of future earning potential.

The case involved a substantial expert battle, with each side presenting medical, vocational, and economic experts. At the conclusion of testimony, the jury concluded that plaintiff did not sustain a serious impairment of a bodily function, and thus did not breach the limited tort threshold, Therefore, Plaintiff was not awarded anything for non-economic damages. The jury also awarded no compensation for economic damages in the form of past and future wage loss.